This is a release from the NLS. 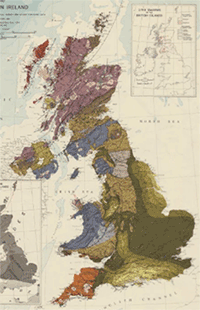 We are also pleased to add online over 200 maps of Great Britain in the 19th and 20th centuries. These maps present an excellent overview of England, Scotland and Wales, and sometimes including Ireland, showing specific subjects such as roads, railways, air travel, population, power generation, rainfall and housing, as well as things like changing administrative divisions. Some of these expand our coverage of the Ordnance Survey’s Ten-mile to the Inch (1:625,000) Planning maps series, initiated in the 1940s, and intended to form a survey of national life and resources. Others include military maps showing barracks and military districts, as well as maps to illustrate specific historical time periods, such as Ancient Britain, Britain in the Dark Ages, Roman Britain, and Monastic Britain.

Since 2006, Canada’s Anglo-Celtic Connections has been an independent view of family history resources and developments, seen from an Ottawa perspective.

Search 15 years of posts on the previous site here.